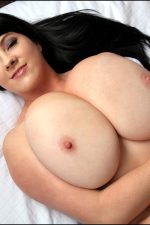 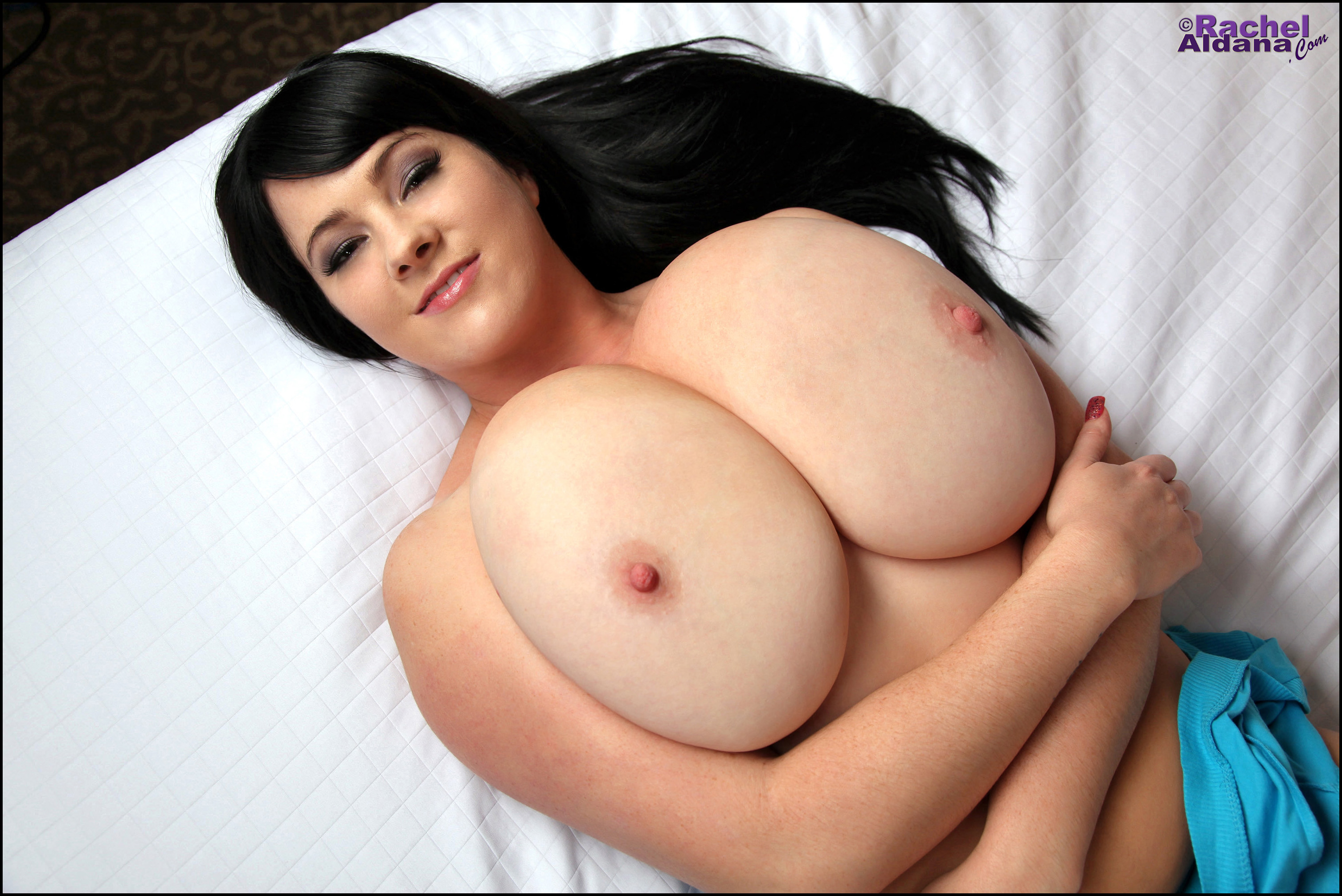 Rachel Aldana discount memberships get you a front row seat to this record breaking beauty’s official site. Yes, you did read that correctly. At one point in time Rachel was in the Guinness World Book of Records for having the largest natural tits in all of England. How big could her tits possibly be and how fat is this babe I hear you ask? Simply put, they are even bigger than you can imagine and this sexy brunette is not overweight at all, in fact her curvy body makes those titanic tits look even bigger!

After winning a “Biggest Boobs in Britain” contest held by Page 3 in the UK, RachelAldana became rather sought after in the big boob market. In 2007 she teamed up with PinupFoto which helped her launch her successful modelling career. Rachel likes to keep it classy and softcore so while we get every opportunity to perv over her ginormous juggs, you never get a peek at her pussy and even when you get a flash of ass its normally covered by her sexy underwear. Her videos can get a bit boring at times as she just moves around to some light instrumental music, but fortunately her webcam shows makes up for that where you really get to see her personality shine through.

At the moment her library is home to just over 460 videos and a little more than 360 picture sets. A good deal of the videos are available in HD and they can all be streamed in the embedded Flash player or downloaded as WMV, MP4 and QuickTime formats. The galleries are full of crystal-clear high resolution images that can also be saved as zip files.

How often are you going to be able to say you jerked off over the biggest breasts in England? Exactly, so let us hook you up with a 51% discount of the monthly memberships where you will pay just $14.97 instead of $29.97 for the month. Better yet, grab our 12-month deal and we will throw in a 67% discount which means you will only pay the same as $10.00 per month to access RachelAldana.com.